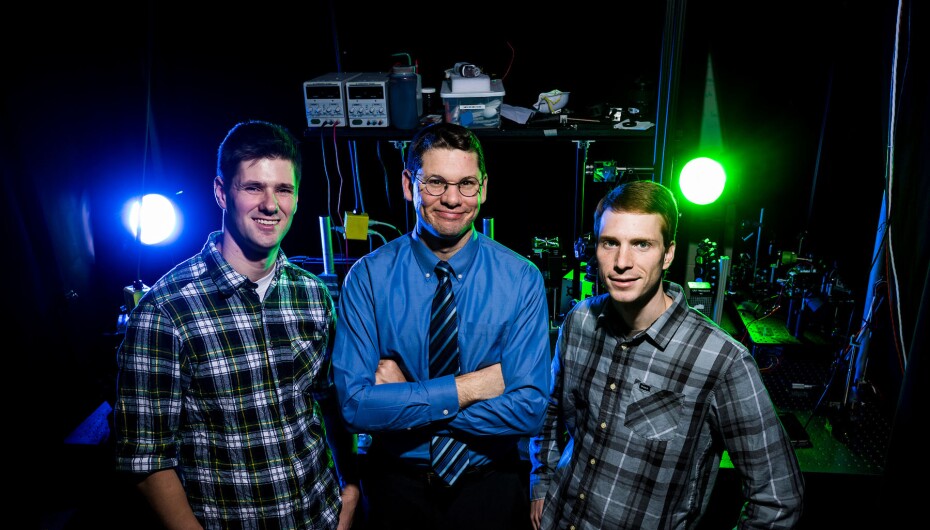 Electrical Engineering Professor Daniel Smalley was awarded the National Science Foundation (NSF) Award on March 21st, 2019. This prestigious award provides the recipient with a $500,000 grant over a five-year period to fund their research.

NSF CAREER grants are highly coveted. New faculty get only three attempts to win an NSF CAREER grant. Each applicant submits a proposal they believe to be transformational—something that is judged to have high potential impact for science and for humanity more broadly.

According to Dr. Smalley, the CAREER award is uniquely useful for opening new research areas “because the CAREER award is meant to be more 'blue sky,' meaning that the proposed research may be riskier than research proposed to other funding agencies or even to other programs within the NSF. The CAREER program is targeted towards new professors and it is hoped that the proposed work will result in transformational technology for the future and also serve as a foundation for a new faculty member’s career. For this reason, only new faculty who haven’t yet received funding from the NSF can apply for this particular award.”

Dr. Smalley's proposal, entitled Career: Breakthrough Display Technology as a New Medium for Spatial Thinking in STEM, definitely fits those qualifications. His research deals with trapped particles in the air that appear to produce images. Accordingly, his proposal seeks to create images large enough to be used as a tool to teach children spatial reasoning skills, or in other words, the ability to think in 3D.

“It turns out that spatial reasoning is something that is very helpful for people in engineering and science. Furthermore, it makes sense that a 3D display could be a better tool for thinking in 3D than a 2D display,” Smalley said. “If you can take a bunch of kids and give them really good spatial reasoning skills, the chances of them becoming an effective engineers goes way up.”

Besides teaching children about spatial reasoning, there is another exciting aspect of the proposal: an outreach component. CAREER proposals are required to have an educational objective, and it is easy to see how Dr. Smalley’s proposal seeks to augment education, but he also hopes to use 3D technologies to reach more than just children. His proposal includes an effort to create hologram-filled micromuseums. A micromuseum is a small, museum-like kiosk placed in areas where people who have little access to modern scientific institutions can learn about scientific topics.

“It turns out that 90 percent of people who go to science museums live in cities and are relatively wealthy. It’s a somewhat elitist institution. My proposal is to make micromuseums and then take them to places in central and southern Utah.”

Having grown up in Manti, Utah, Dr. Smalley would like to see these micromuseums taken to his hometown so the residents there can be introduced to science museum information.

Of the idea of these small, portable museums, Dr. Smalley said, “This has been done before; the reason ours is going to be different is because we’re going to include holograms of rare or precious or endangered objects, and that will make it special. Furthermore, by treating topics of interest to rural communities such as ‘native fishes’ or ‘food computers,’ we hope we will see changes in attitudes about science in these communities that can sometimes be suspicious of scientists.”