BYU a major contributor to the "drone revolution"

BYU engineering professor Randy Beard believes there will be self-flying cars on the market in 10 years. You heard that right: self-flying, not self-driving. It may sound like science fiction to most of us, but not for those who research autonomous technology.

Thanks to Beard and fellow engineering professor Tim McLain, BYU is very much a part of that revolution. The two of them launched UAV research at BYU in the early 2000s by building one of the smallest functioning autopilot boards, and now the duo head the Center for Unmanned Aircraft Systems at BYU — the only National Science Foundation-funded unmanned aircraft research center in the country.


Opened in 2012, and bolstered by partnering academic institutions at the University of Colorado, Virginia Tech and the University of Michigan, the C-UAS provides solutions to technical challenges and training for future leaders in the UAV industry. More specifically, the center carries out a ton of research on fixed-wing and quad-copter UAVs that eventually filters down to government and commercial products that benefit the nation.

“We started from scratch and we really didn’t have anything to show for it in terms of faculty, students and projects,” McLain said of the C-UAS. “Now we’re established and have a strong track record.”

More than 150 students received funding and mentorship during the center’s first five years. That track record has translated into a second five-year financial commitment from the NSF and more than 30 industry partners eager to work with BYU. Those industry partners, which currently include Boeing, NASA and General Electric, help define and vote on the projects the BYU team undertakes. BYU benefits from the funding and the partners benefit by getting excellent research they don’t have to do themselves at a much higher cost.

“The NSF funds the basic needs of the center, but the industry partners really determine what research needs to happen,” Beard said.

One current example is a project called GPS Denied Navigation. Led by McLain, the effort is producing onboard sensor processing algorithms that enable UAVS to navigate autonomously in environments where GPS fails, such as under bridges or in tunnels. Previous work has also equipped UAVs with technology to help them sense and avoid other flying objects, and land on their own on a moving target, such as a pickup truck or ship.

Those professors are leveraging the tools of the C-UAS to produce a steady stream of academic papers detailing a wide-range of breakthroughs in UAV technology, from disaster-site reconnaissance (see video below) to creating drone-aware communities.

Along the way students are gaining valuable mentoring from the C-UAS on their paths to government labs, major research institutions and even companies in the autonomous vehicle industry.

“There is no question that we are in the middle of a revolution in autonomous vehicles and intelligent machines,” Beard said. “At BYU, we are a committed part of the movement.” 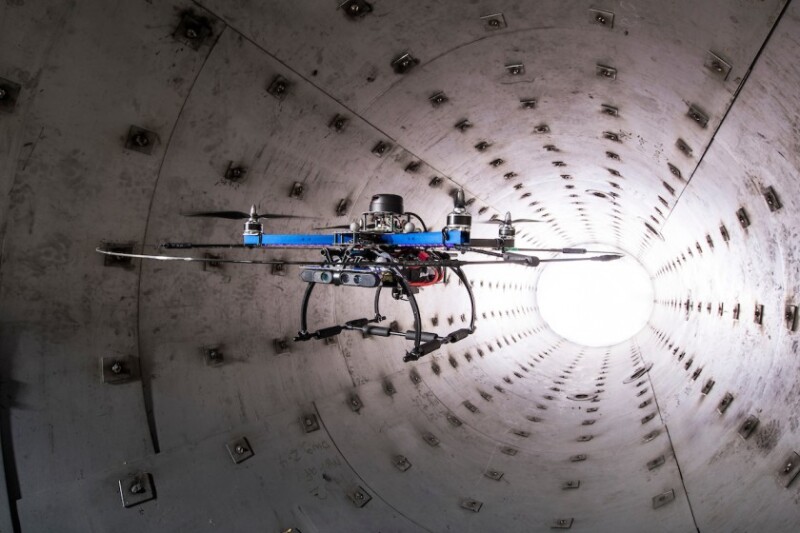 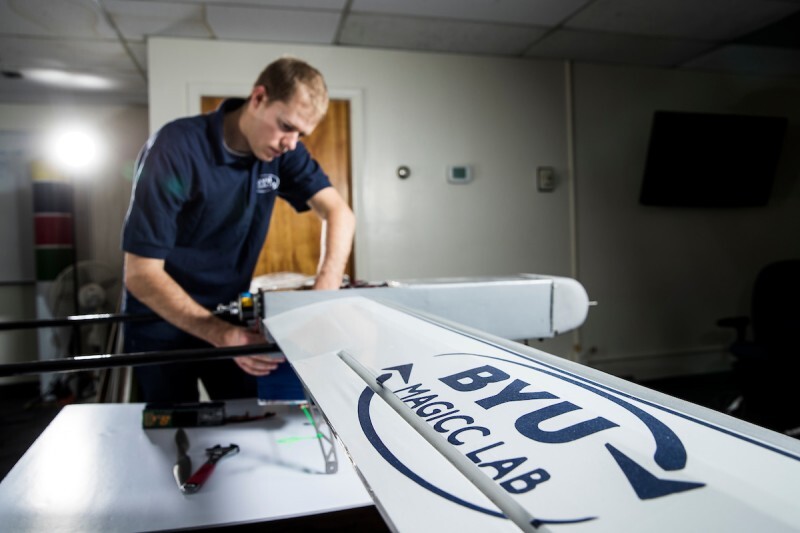 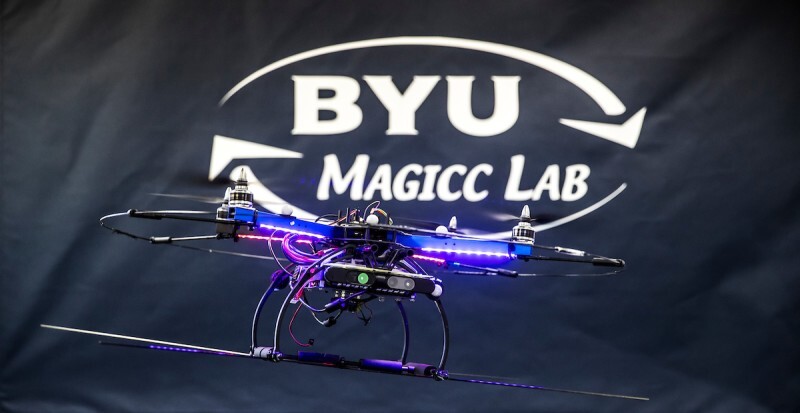 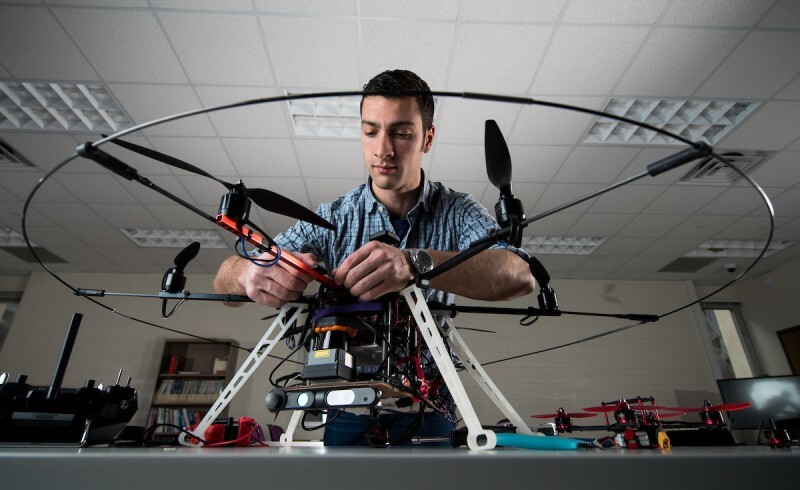